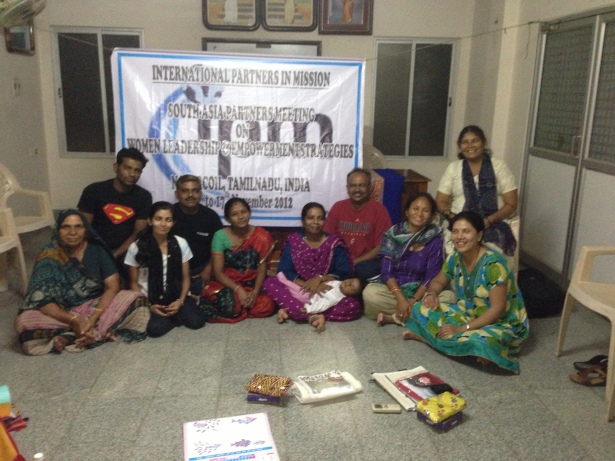 A Wall for Ahmedabad
In the rush of news related to the spread of the Coronavirus, you may have missed the recent visit by the current US President to India. In preparation for his visit to Ahmedabad, a literal wall was built for the distance that the President was traveling, in order to hide poor slums where many Muslims are forced to eke out a living. This wall was positioned far enough from the US caravan’s eyes and further ostracized the families who live there from civil society. The 6-7 feet high wall on an estimated 600-meter stretch was constructed in barely 10 days to block his view of the slum area where some 5,000 people live in 700 odd “kaccha” houses. The community barely has basic amenities such as water supply, electricity, and sanitation, limited water supply and access to only two common washrooms outside the slum area, Many residents are forced to walk over 1km to bathe and to defecate in the open near a river.

Despite the expressions of mutual admiration at a particularly large stadium rally, the real impact of the President’s visit fell hardest on the poorest of the poor—particularly the Muslim communities in Ahmedabad and Delhi. Coming alongside anti-Muslim citizenship policies recently introduced by the Indian government and the fermenting of anti-Muslim sentiment by the Hindu nationalist governing party, many took to the streets and their protests were brutally repressed. Muslim citizens, shop owners, and the Dalit community were targeted throughout the State of Gujarat and the Capital of Delhi. The town of Khambat in the Gulf of Cambay and a few miles from Golana, where the Pochabai Foundation is based, was singled out. Fear and memories of the earlier 2002 riots caused panic among members of HUM who continue to work collaboratively as Hindu & Muslim women. By the end of the President’s visit, hundreds had lost their lives and tens of thousands had lost their homes and businesses.

As IPM’s Mahesh Upadhyaya has said, there was much crowing about the US President’s visit being a meeting of the two “greatest” democracies in the world: one, the oldest, the other the largest. But the meeting between the President and Prime Minister in the Indian Capital of Delhi highlighted the ongoing betrayal of democratic values and constitutional governance in both countries. As Delhi burned just a few miles from the summit, the President and Prime Minister expressed their admiration for the “toughness” of each other and announced a huge sale of weapons of war to India—cynically ironic in light of their time together at Ahmedabad’s famous Gandhi Ashram where that icon of non-violence conceived some of his most important positions in favor of peace over war and unity rather than division on the Indian sub-Continent. In the end, despite the heroic efforts of our Partners and so many committed Indians, hate trumped love leading to death and destruction for the ordinary citizens of Delhi and Khambat.

Much of the anxiety stems directly from the Indian Government’s proposed Citizenship (Amendment) Act, 2019 (CAA) that provides a fast track path to citizenship for migrants from India’s 3 neighboring countries of Pakistan, Bangladesh, and Afghanistan belonging to the Hindu, Christian, Sikh, Buddhist, Jain and Parsi communities. To be eligible for the fast track citizenship, such migrants should have arrived in India before December 31, 2014. Notably, migrants from the Muslim community are not covered under CAA. The CAA is intended to protect persecuted minorities from Muslim majority / Islamic countries of Pakistan, Bangladesh, and Afghanistan who had fled to India. The ongoing, justifiable protest against CAA is rooted in the argument that providing citizenship based on religion violates the Indian constitution, specifically the right to equality before the law, and the principles of secularism on which India was created.

When the US supports such laws and the authoritarian leaders behind them, while looking the other way when communities are persecuted solely on the basis of their religious belief, we betray not only our historically espoused values but our standing in the world. Participating in such violence is not the only wrong. Looking the other way in the face of such discrimination and violence poisons the soul of each and every one of us—Indian and US citizens alike. As Eina Ahluwalia said: “To the chanting, burning, stabbing, bearing, acid and petrol bomb-throwing mobs, I have just one reminder—that there may be many kinds of Indians right now, but there is only one kind of human being, and your brutal attacks are on your own soul.” And, similarly, the US President’s divisive rhetoric has all too often resulted in attacks against minority communities and compromises our country’s values. We need to speak up and work for the change we want to see in the world.

Throughout India today, there are countless stories of Hindu Temples being saved by Muslims, Muslim Mosques being saved by Hindus. Stories of young people joining together to prevent violence and imagine another way. Stories from IPM Partners and Colleagues who continue to live compassionately in their quest for peace and harmony among both Hindus and Muslims. This is what we are about!

This issue of E-Connections provides additional background on the recent violence in India and how our Partners there are responding. We also touch on the worrying developments in El Salvador where another authoritarian leader endorsed by the US administration is violating constitutional norms and harkening back to the violence of the ’80s. Sometimes it’s hard to believe we are actually living in 2020! And yet, the work of our Indian and Salvadoran Staff, Fellows, and Partners continue to inspire us. HUM is just one remarkable example! We invite you to learn more about their remarkable work and consider the difference you can make.

Unfortunately, as I write this, the growing risks associated with the spread of the Coronavirus are beginning to impact IPM directly. An international conference I was scheduled to attend has been canceled and at least one upcoming Immersion was postponed by an academic institution. Any radical disruption of global travel, and especially the Immersion Experience Program, would have a dramatic impact upon IPM’s ability to operate effectively and, as is usually the case when it comes to global pandemics, the impact will be felt most acutely by those already marginalized by our global society. Please do all you can to stifle the spread of this new pandemic and feel free to contact me if you’d like to offer advice and/or support to our response.

No matter what walls our politicians build and/or seek to create between us, the mission of IPM to work across borders of culture, faith, and economic circumstance envisions another way. Thank you for caring enough to review this E-Connections and continuing to share your generosity with the IPM Family. 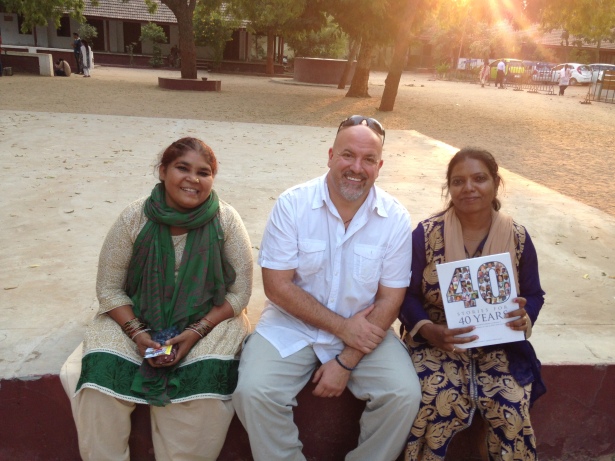