Wrote this more than 5 years ago but no less relevant today. 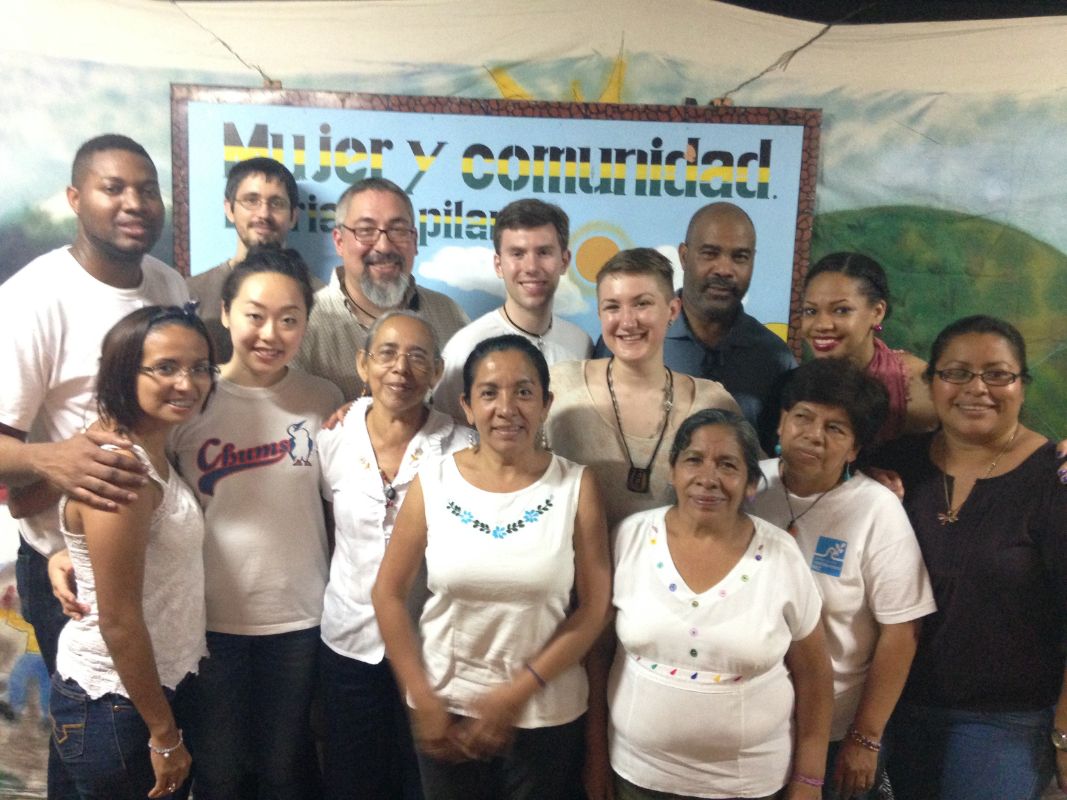 I had planned to write you today with New Year’s Greetings while reminding you of our year-end match campaign. And, in fact, you may donate to IPM through this evening (and via check’s dated December 31st) to support the remarkable work of our Project Partners and Regional Offices around the world.

But early this morning while accompanying an IPM Immersion Experience delegation in Rome, I learned of the passing of longtime IPM’s Project Partner Paula (Paulita) Perez. Paulita had been battling a terminal illness for some time and while her passing was not unexpected, it is no less heartbreaking. A peer of mine in age and socio-political orientation, Paulita and I shared a myriad of remarkable experiences over the years. I—and countless IPM colleague and friends in El Salvador—will miss her deeply.

Paulita was born to parents who were actively engaged in the social ferment of El Salvador in the second half of the last century. Active participants in their faith community and the political process, they were targeted for unspeakable horrors and ultimately forced to flee from their home to the outskirts of Zaragoza. Their faith and family held strong. They raised their children, grandchildren, nieces, nephews, and countless friends to believe that change was indeed possible and that it was everyone’s responsibility to actively work toward a world more equitable and just for all, but especially, the poorest of the poor.

I first met Paulita as one of the co-founders of the Muyer y Communidad (now ACOMUJERZA) Women’s Sewing Cooperative. This was one of the first new Project Partners of my then still new tenure with IPM and modeled on the work of a similar women’s cooperative in Nicaragua. Paulita was short in stature but strong in spirit and will. She was a fighter, an embroider, and an inspiration. She taught countless IPM Immersion Experience participants over the years how to embroider—a talent I never fully acquired—and what it means to be a Christian who prays with ones actions in the world. In conversations at the Cooperative, long walks around her community, and overnight stays in her family home, I got to know her like few other Salvadoran women of my generation.

Later in our relationship as I recovered from the lingering effects of Hepatitis E and her health deteriorated more rapidly due to her own liver disease we would talk increasingly of mortality, the health of her elderly mother, and of the remarkable impact she had had on so many in her own small way. I would stay awake at night tormented by how her illness would have likely been curable in the States, as mine was, and yet her path ahead would be undeniably hard. She was not one to mince words, and she struggled with how the political situation in El Salvador stagnated just as the Beatification of Oscar Romero brought some hope. In the past year, I saw her much less frequently as IPM’s Immersion Experience numbers in El Salvador declined and her own health kept her more often at home than at work in the cooperative.

But I, like many, thought often of Paulita: of the powerful influence she had on the Cooperative’s founding; of the way her embroidery skills were a hallmark of their work and would carry on in the next generation; of the powerful witness of her extended family; over questions of why she, of all people so strong and so dedicated, was struck with such a debilitating illness; and, of her hopes for the future of her beloved El Salvador.

2018 has been a tough year for so many. Replete with challenges for our Partners and friends living through civil unrest in Nicaragua, the growing autocracy in Brasil, India, & Kenya, and fear-mongering & xenophobia in the USA. It has also been a year where many of us celebrated the almost impossible dream of Oscar Romero’s portrait hanging from Saint Peter’s facade and with the faith that the pendulum would swing back again—bringing a new generation of social, political and religious leaders more focused on justice, peace, and hope.

2019 promises to be a different year as they all are. A year in which I trust IPM and the world will continue to counter hate with hope, and fear with love. As I dream of what might be possible in the year (and years) ahead I will remain inspired but the example of so many of you and, particularly, of the witness of one tiny but powerful women who I had the honor to call a friend.

Paulita is just one shining example of the kind of person IPM believes in and the kind of Partner that thrives at our core. Her life and her commitment will continue to inspire me as I know it will so many of you. And I pray that her spirit—like that of so many who have given their lives in the service of others and of this movement—will continue to animate all we do.

Please join me in praying for the Perez Family at this time of mourning. Please consider making a gift in Paulita’s honor to support ACOMUJERZA & IPM’s Partners in El Salvador. And please be assured of our best wishes for a more joyful and peace-filled New Year.